I have been a long time lurker here (since about 2006 i think). Long story short, I have been given an opportunity to work in Phoenix, AZ and have made the hard decision not to move my 180 with me.

I would like to sell as a whole set up, and I think the price is reasonable, however, if you do not agree, feel free to shoot me an offer. Here is the kicker,I have to be on a plane NEXT WEEKEND!! My girlfriend and brother will be taking care of the house, but I am hoping I can get rid of the tank before then. At least the live stock if not the equipment. As such, I will think about any and all offers!

Here is the livestock list. I am sure I am forgetting something. There is literally no room for any new corals.

The tank does have hair alage. I have had some luck getting rid of it, however, i think its due to my RODI having old filters.

180 gallon with corner overflows. I believe build date is 2015
Custom stand built by PO out of 2x6. very sturdy. i added a bartop spanning the tank and have barstools in front of the tank.
Skimmer SCA 302.
2 black box LEDs (about 5 years old)
1 Viparspectra black box LED (very nice) about 5 months old
Jebao Gyro power head SPC-150. Running at about 2/8 power
2 return pumps (not sure the brand)
Heater

I will throw in a bunch of extras I have in the basement as well, including my 75GDP RODI, 24GPD RO, 2 extra black box LEDs, ASM G2 Skimmer, multiple extra power heads including a few Maxijet 1200s, a bucket 3/4 full of coralife reef crystals, a rubbermaid with dry rock, and im sure much more I cant think of.

Will get more photos when the lights come on and my google drive works! can text photos as well 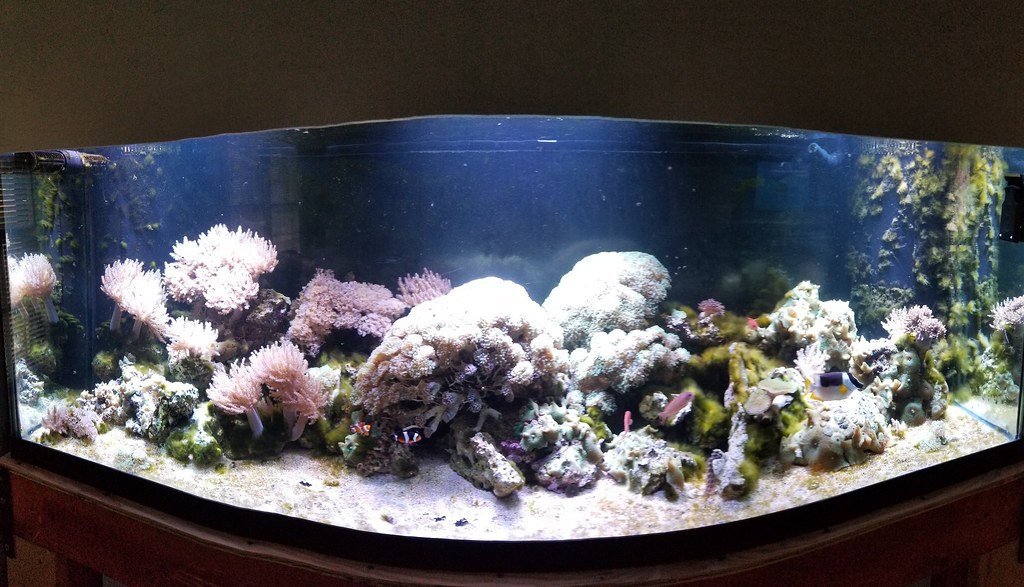 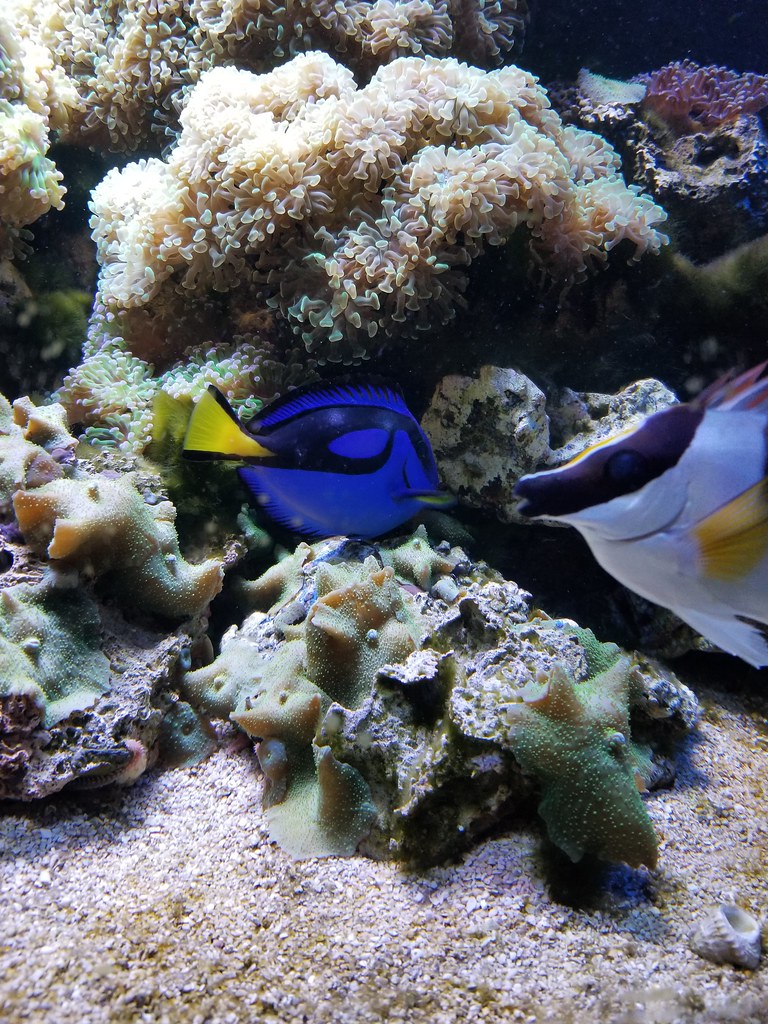 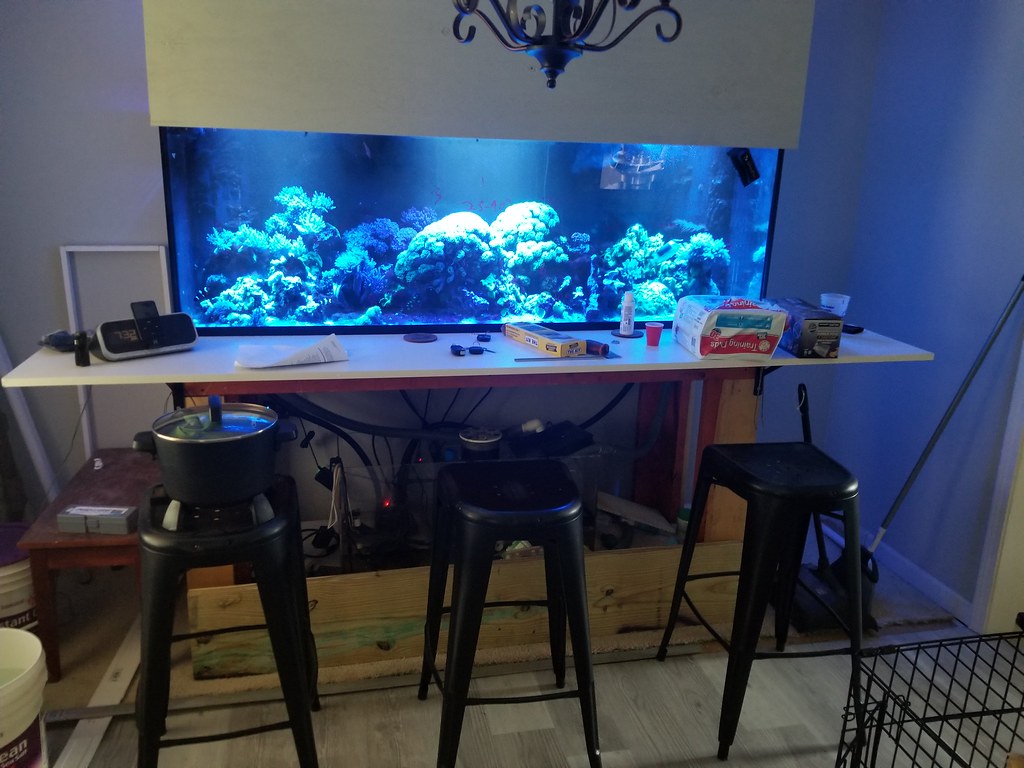 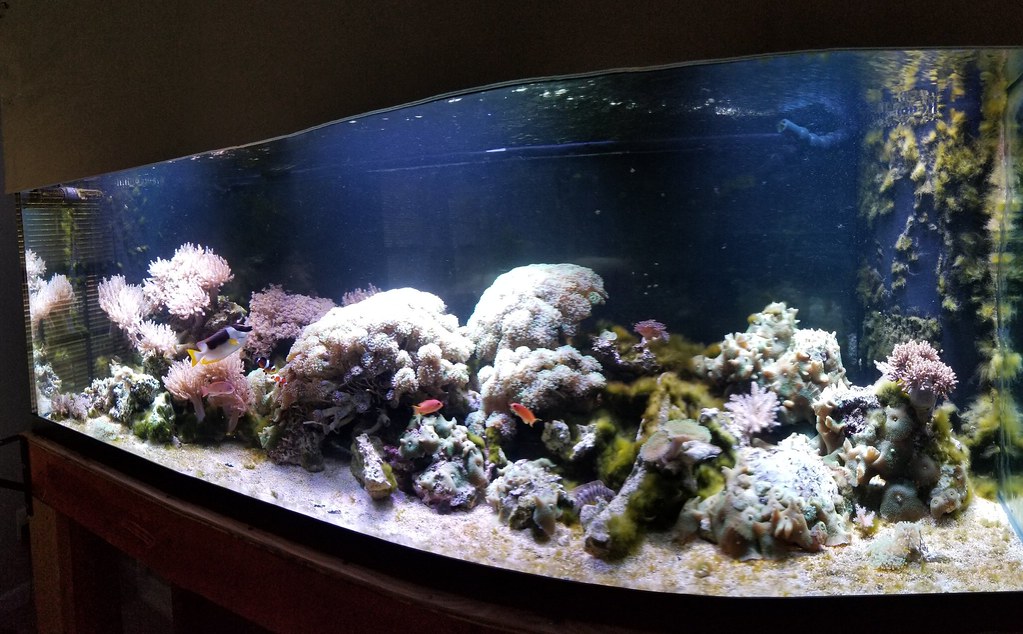 
depending on prices... lmk and good luck!
Mike

I’d also be interested in some stuff if you split


Sent from my iPhone using Tapatalk

Maybe if you can attach the photo files to the post (instead of using Flickr links), more people will be able to see the photos.

I am interested in some of the fish, the jebao, the heater, and maybe one of the pumps if you part.
I

Sorry, I thought I embeded the photos. here they are attached.

I will try and keep it as a setup, however, if it I dont receive interest, I will part out and let you guys know with prices.

Price drop 2k for everything. The only way I'd be looking at parting out would be all livestock and all drygoods once livestock is bought/taken from here. I'm not sure what pricing would be for a split like that, so to make it simple, i'll say 1k live stock, 1k dry goods. If you have a reasonable offer, feel free to reach out.

I fly out Sunday. It would be awesome to at least sell livestock before then. If not, we can arrange my brother to let you in the house, or wait for me to return in a few weeks to sort out the house.

bump. have someone looking at the livestock Sunday. Equipment will still be for up for grabs. my brother can facilitate the transactions. OBO guys. I need to rent my house out and need this stuff gone so i can close on a house in AZ
R


Sent from my iPhone using Tapatalk
I

Hello all. I have sold the hammer and frogspawn colony and will be parting everything out. I will be in town Thrusday afternoon till Sunday afternoon and would like all livestock gone and the tank empty by then if possible, so prices are OBO.

All remaining live stock all in one go $500.

When livestock is gone, i will make a list with drygoods.

Thanks everyone
text would be fastest response, but message/pm here if you'd like
J

I have interest in the 3 lyretail anthias. Just sent PM.
I

All fish are spoken for and pending pickup this weekend.

Update: all live stock is sold. The tank still has water in it (didnt have time to empty)

To those who texted me about the tank, I lost your messages and I'm sorry.

I really need to sell the tank and stand right now to get the floors done and rent the house. Stand is sturdy 2x6 and you can skin it how you want. Tank is 2015 build date I believe, a few light scratches but nothing major. Corner overflows with the bottom drilled. Never dealt with leaks or anything. Silicone looks good, never took a razor close to it.
Top black plastic has a hairline crack near center brace. But I ran the tank since jan 2018 and the crack has not grown, and glass has never deformed.

If you can empty tank and move it out, I'll sell it for $400 with stand, and canopy. We can discuss other equipment too for a small price. But I have practically been giving things away for people who work with my schedule!

My brother can let you in the house. PayPal, venmo or zelle will hold it for you. But cash paid to my brother at pickup is fine. however, thay is first come first serve.


Sent from my iPhone using Tapatalk
I